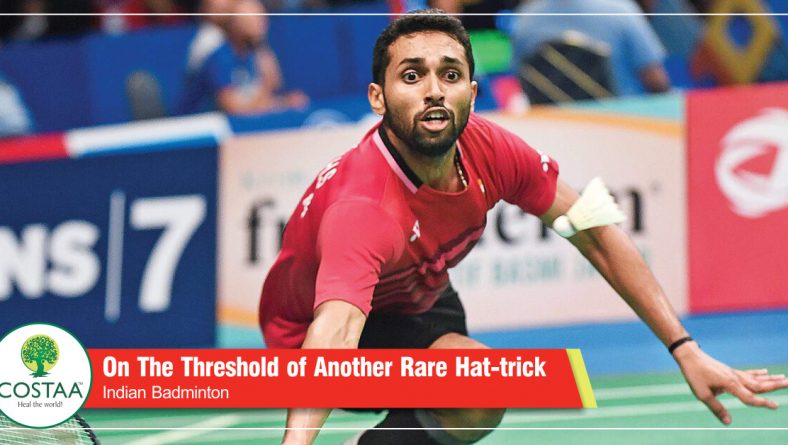 India badminton is on the threshold of achieving another rare hat-trick as HS Prannoy vies for a back-to-back title at the New Zealand Open Grand Prix Gold which begins in Auckland on Tuesday.

Despite cruising to victory in US, which helped him to improve his ranking to world No.17, Prannoy was wary of facing Indonesians in the first two rounds.

“The initial rounds look very tough for me as I will be up against the Indonesians. I just hope my body moves well and I play confidently and win the initial rounds,” said Prannoy, who is carrying a niggle.

“As of now I have a small issue but I hope it would be fine,” Prannoy told. Parupalli Kashyap, who lost to Prannoy in the US Open final, is determined to excel in New Zealand. “I want to win the tournament. I need to get going from the first round…it’s a tough first round so a win will give me good confidence going ahead,” said Kashyap, who will face Dionysius Hayom Rumbaka of Indonesia in the first round. Kashyap will face the real challenge from the pre-quarterfinals where he may play his academymate Sourabh Verma.

“If I play well the draw doesn’t matter. In USA I had beaten the top seed in the first round,” Kashyap said.

Second seed Ajay Jayaram, who will feature in the World Championships next month, will look to build his confidence by doing well in this tournament. The Mumbai shuttler is expected to reach the semifinals without much difficulty.

With teams like Manu Attri/Sumeeth Reddy and Ashwini Ponnappa and Sikki Reddy withdrawing from the tournament to practice hard for the Worlds, there is very little Indian presence in the doubles events.