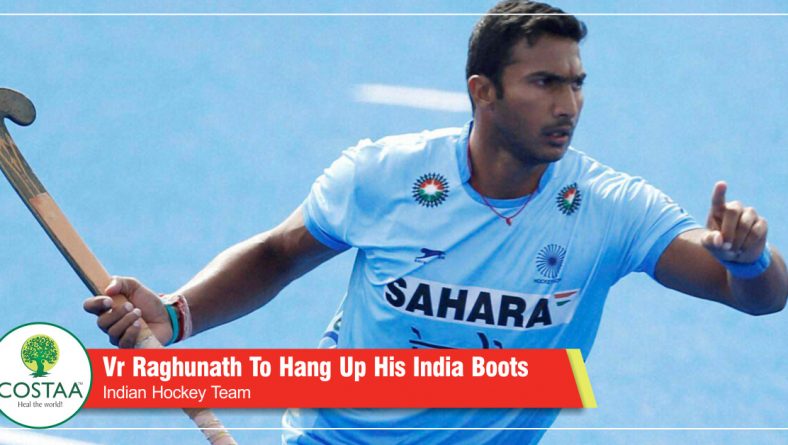 Exactly a year ago, India stalwart VR Raghunath was one of the shining lights of their quarterfinal appearance in the Rio Olympics. Over the last few months, however, Raghunath has found himself out of the national reckoning and now looks set to announce his international retirement soon.

“I will announce my retirement in the next few months. I feel India are on the right track with youngsters and don’t miss my services anymore. The signals are very clear. I haven’t had a word with coach Roelant Oltmans about it. There is such a good core group now. Being a matured player, I should understand and move on. Mentally, I have made my mind up to call it quits,” Raghunath, who is here playing for Bengaluru Hockey Association, told TOI on Sunday.

The defender’s absence from the Indian team had actually been largely his own doing, but it seems that India have now moved on with a good crop of youngsters coming up. The 28-year-old had captained India in his last international appearance against Australia towards the end of last year, but then decided to take a break to spend some time with his family.

“It was a personal decision to take a break. I had played for India for more than a decade and was busy for 8-10 months in a year. I wanted to spend some time with my family and it was getting difficult. I had actually thought of taking a break after the Olympics last year, but decided to prolong it a bit more,” he informed.

Asked whether he had any regrets about taking a break in hindsight, Raghunath said: “I have no qualms. I feel I have done my part for the national team. Having played at the highest level for so long, I feel it’s time now to enjoy myself playing domestic hockey and foreign leagues with youngsters. If I had continued now, I should have had the mindset of playing till the next Olympics in 2020 rather than just sticking around for one more year. So, it’s done now and I have no bitterness with anyone.”

Since making his debut more than a decade ago, Raghunath has represented India in two Olympics and also in the 2014 World Cup in Netherlands. With so much experience under his belt, Raghunath feels he still has a lot to contribute. “I will look to pass on my experience to the youngsters now. I have already been working with juniors and giving my inputs at Sports Authority of India in Bangalore. I’m still playing in some capacity, but I will simultaneously do some coaching as I feel my knowledge shouldn’t be wasted.”