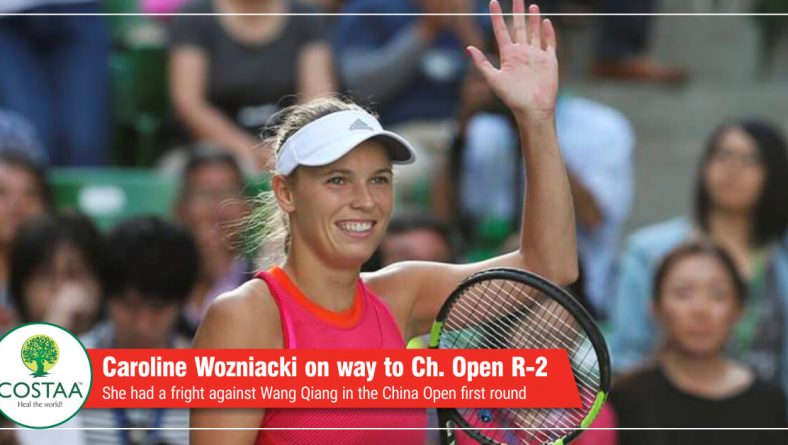 Caroline Wozniacki had a fright against a local favourite in the China Open first round on Sunday before she composed herself to go through 6-1, 6-7 (4/7), 6-1.

The Dane, ranked six in the world, made an early exit from the Wuhan Open last week, stunned by Maria Sakkari of Greece.

She appeared determined to put that disappointment behind her in making a lightning-fast start in Beijing, punishing China’s Wang Qiang in the first set.

But if the fifth seed thought she was going to have it easy, she was mistaken, as the 55th-ranked Wang harnessed the support of the crowd to fight back.

25-year-old Wang sprang a surprise in taking the second set on the tie break to level the match.
But former number one Wozniacki, the 2010 China Open champion, regained her poise to seal the deciding set with ease. The 27-year-old faces Anastasia Pavlyuchenkova of Russia in round two.

“When you’re defending so many points it’s always a little more pressure,” Radwanska said.
“There are no easy matches and you’re going to have to play your best game from the first round. I’m very happy with a two-set win.”