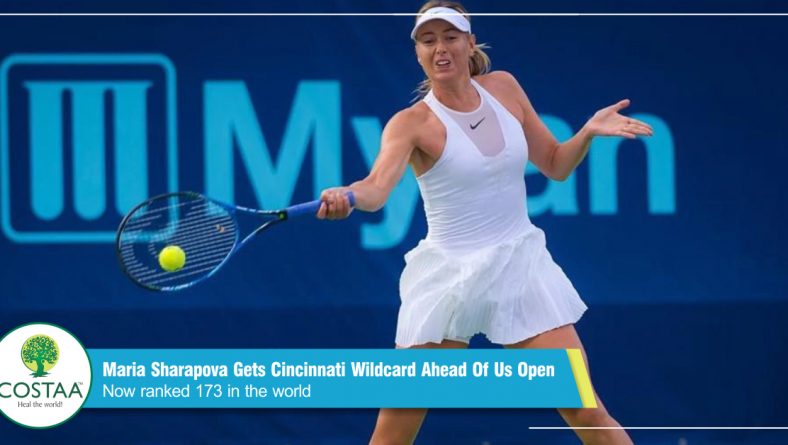 Maria Sharapova was on Thursday handed a wildcard into the Cincinnati WTA tournament, a key warm-up for the US Open, the season’s final Grand Slam which has yet to guarantee the Russian star a place. Former world number one and five-time Grand Slam title winner Sharapova is still rebuilding her career following a 15-month doping ban which ended in April.

Injury then ruled her out of contention for Wimbledon where she had been due to play qualifying after French Open organisers had refused her a wildcard. The Cincinnati event, which runs from August 12-20, also granted a wildcard to Victoria Azarenka, the two-time major winner who only recently returned to the tour after maternity leave.

“The addition of these players add to our already strong player field,” said tournament director Andre Silva. “We anticipate the WTA’s No. 1 ranking to be on the line during the tournament and adding players of this calibre will make the battle for the top spot even more compelling.”

Sharapova, 30, was champion in Cincinnati in 2011 with Azarenka taking the title two tears later. Sharapova, now ranked 173 in the world, hasn’t played since being injured in Rome in May but will return next week at the Stanford tournament.

The Russian star tested positive for meldonium, a heart and blood boosting drug, at the 2016 Australian Open. She said that she had taken it for several years and did not know it had been placed on the banned list at the beginning of 2016.

Sharapova was issued a two-year suspension, but the Court of Arbitration for Sport reduced the ban on appeal. On her return to the sport in Stuttgart in April, she reached the semi-finals.

However, she has relied on wildcards to play in events with many players critical of the decision to invite her against the background of her doping ban.