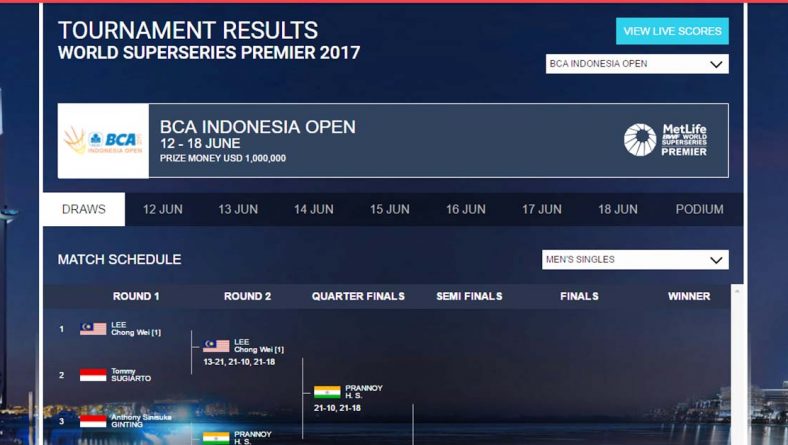 The MetLife BWF World Superseries is a circuit of 12 tournaments attracting the top 32 world ranked players in singles (men’s and women’s) and doubles (men’s, women’s and mixed).

The 12 legs of the series (eight in Asia, three in Europe and one in Oceania) lead to a finals – the best of the best. The top eight in each discipline qualify to compete in the season finale – the Dubai World Superseries Finals.

Inaugurated in 2007, the BWF World Superseries attracts all the star quality players on the international circuit and generates significant television coverage globally. From Sydney (Australia) to Odense (Denmark), players compete for ranking points towards their Destination Dubai Ranking used in the qualifications for Dubai World Superseries Finals.

The Series is a two-tier circuit, where five of the World Superseries events are “Premier” events with higher ranking points and prize money.