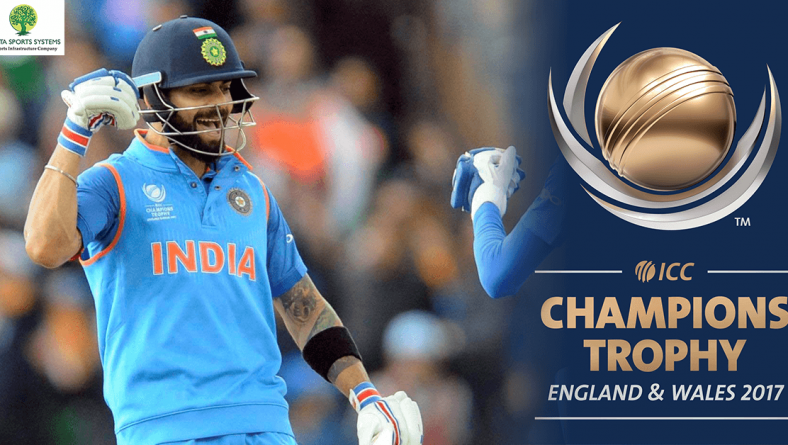 Birmingham: The nine-wicket demolition of Bangladesh exceeded even Virat Kohli’s expectations but the skipper quickly played down the hype around the upcoming blockbuster Champions Trophy final against arch-rivals Pakistan.

A clinical India, riding on Rohit Sharma’s unbeaten 123 and Kohli’s 96 not out, proved too strong for Bangladesh in the second semifinal of the marquee ICC event . India will lock horns with Pakistan in the title clash on Sunday.

“Another complete game. We needed to have a clean, collective game. We didn’t expect to win by nine wickets, but that’s the quality of our top order,” Kohli said at the post- match press conference.

As expected, he was asked about the Pakistan game, and Kohli repeated what he had been saying all along.

“We’re taking it as any other game, I know that’s boring but that’s our mindset.”

The captain was not worried that India’s middle order was not getting enough opportunities to have a go.

Kohli lauded Kedar Jadhav, whose two wickets proved decisive in restricting Bangladesh to 264 for seven at the Edgbaston.

“He’s not a surprise package (Kedar), he’s a smart guy, he knows where to pitch the ball and see what the wicket is offering. It could have been close to 300.”

Asked about his own effort with the bat, Kohli said, “I wanted to give myself some time, 10-15 balls. Last time, we lost a wicket, so I had to adapt, I like those challenges. I grew in confidence. When you’re coming onto the short ball, you know you’re playing well.”

Man of the Match Rohit said the wicket eased out as the innings progressed.

“It was a great knock, especially when it comes on a winning note. Have been trying to get a big one, in the last two games. Was quite determined today.”

When asked about his skipper’s batting, Rohit said, “It felt like he was batting overnight. As a captain, he was brilliant.”

“The wicket was brilliant. I kept telling myself to bat as much as possible. We’ve been playing good cricket.”

Asked about the final against their arch-rivals, Rohit said, One last hurdle, a big game against Pakistan.”

Bangladesh skipper Mashrafe Mortaza felt the set batsmen got out at crucial junctures.

“We could have scored 300, even 320, but our set batsmen getting out was a setback to us. Next time, we’ll come back strongly. We need to learn. Skill-wise we’re fine, but mentally we need to be stronger,” Mortaza said.